Africa is a jungle. This statement is not meant in the same sense that it was used by European colonisers when they set foot on the continent eager to “civilize” the “savage” natives.

No. In a football sense, this phrase has a meaning that is far different from one that the men that sat at the Berlin Conference and carved up the African continent had in mind. Africa is a jungle.

This statement would have made sense to Barcelona striker Pierre-Emerick Aubameyang when he slept on the airport floor ahead of their vital Africa Cup of Nations qualifier against Gambia in November 2020.”Nice job CAF, it’s as if we were back in the 1990s,” the ace Spanish giants’ striker protested.

“This will not demotivate us, but people need to know and CAF need to take responsibility,” he added later. “[It is] 2020 and we want Africa to grow but this is not how we will get there.”Africa, Aubameyang was simply saying, is a jungle.

Gone were the comforts of air-conditioned rooms at the Emirates, or the fingers of skilled massage therapists soothing players into prime shape before crucial encounters. Instead, Aubameyang and Co. had rough concrete for beds and their own travelling bags for pillows.

It was, as Aubameyang said, as if they were back in the 90s. One man who played around Africa in those bad old days in the 1990s, is Edward “Magents” Motale, who now remembers with fondness the bad treatment that Orlando Pirates all-conquering side of 1995 were given on their way to continental glory.

Africa is a jungle, Motale knows, and that was more so true when the Buccaneers went to Nigeria. As South Africa’s ambassadors on the football pitch in the West African country, Motale had expected that his side would get the red-carpet treatment from their hosts. What they got was the polar opposite. “The worst part was Nigeria, it was quite a funny thing that happened,” he says.

“We went to Nigeria and we were going to play on a Saturday and the game was postponed and nobody was told. Saturday, we got ready, did our warm-up at the hotel, but as time went on, I asked coach Mike Makaab where the blue lights were. We obviously expected to be accompanied by the police to the stadium. So, we then concluded that maybe they were playing mind games. Fortunately, the driver knew where the stadium was and we drove there. Upon arriving, we noticed there was no activity and it scared us a little because we thought it would be a walkover,” Magents tells FARPost at his Mamelodi home.

Unknown to the Pirates management and players, the game had not only been postponed but the venue had also been changed. That Saturday, after finding themselves in an empty stadium, they discovered that they were actually 740km from where they needed to be.

“But then we drove to the hotel and called Irvine (Khoza) who confirmed that the game had been moved to Sunday. Funny enough, the game would no longer be played in Lagos where we were, it would be played in Makurdi, which was quite a distance (740km). We were playing Shooting Stars, so we then had to make arrangements to get to Makurdi and we couldn’t drive there, we had to fly. We played a 1-1 draw,” adds Magents as he occasionally bursts into laughter.

Their return home would be as dramatic as their arrival in Nigeria. They soon discovered that the plane meant to transport them back suddenly did not have room for all the players, and after that problem was solved following lengthy discussions, they discovered that one of the flight’s wheels had a puncture.

“Our return flight was on Wednesday, and it was crazy on Wednesday. There was no proper ticketing sequence. We thought things would be orderly, but we were wrong. We were told the plane was full with four players left out. We negotiated until they let the four players’ board.

“As we were about to take off, one of the flight wheels had a puncture. It was hilarious. We tried walking to the airport building but we were told to move to the side of the runway. The temperatures were so high at 36 degrees celsius and we had to stand in the sun while they fixed this thing. We volunteered to help them, but they refused. Eventually, we got the plane, and we were going to stop in Cameroon,” he says.

The stopover in Cameroon would bring more woe to Bucs management and players. While there had been trouble on the ground, more unwanted excitement awaited them in the air where it was discovered that the plane had a malfunction. After they were grounded in Cameroon, the Iron Duke, Irvin Khoza, stepped in, securing another carrier for his charges.

But before that big bird could take to the air, it was diagnosed with ailment that could bring it down with tragic consequences had the flight proceeded. It was at this point in their twisted African adventure that some players in the Bucs camp turned to prayer.

“There was a problem mid-air and we landed in Cameroon. We had to sleep over there. Irvine then arranged a British flight going to London, we then flew to England. As we were taking off there was an issue with the engine, and we were forced to spend the night. That’s where I saw Marks (Maponyane) and John (Moeti), they were praying for us. That’s where I knew that they were the pastors in that team. If it wasn’t for that engine we wouldn’t know. It was a big thing when we landed – the late (Walter) Sisulu was there, Cyril (Ramaphosa), Tokyo (Sexwale) also welcomed us. That’s when I saw Kaizer Motaung wearing a Pirates shirt. Everybody was excited. It was nice. I was the captain and that’s where I realised the importance of that trophy,” he says.

As eventful as that Nigeria trip was, it was matched by another visit to Nigeria’s football arch-nemesis, Ghana. Here, unlike the aerial misadventures in Nigeria, all the drama took place on the road. While not as potentially deadly, even here the mental strength of the Bucs squad was stretched to its limits.

“It’s difficult to play in Africa. You get to Ghana, and they give you a bus with no windows to transport you to the hotel. You see the bus parked there and the driver is not there, they keep us for two hours waiting. We land at 5pm after an eight-hour flight and the driver only shows up at 7pm. You’re going to a hotel that is 10 minutes away and they drive you around for the next 2 hours. Tomorrow when you drive to training, hardly after five minutes, you pass the airport. If you’re not mentally strong they will kill you in Africa,” he says.

No mention of football is complete without the mention of muthi. Pirates’ own flirtation with medicine men is well documented, and Magents says the late Lawrence Ngubane was the man who would administer the right concoction of herbs before Pirates stepped on the pitch. The only problem was that sometimes the Bucs’ late General Manager would sometimes fail to “dash” his herbs properly, coming up with an itchy cocktail of muthi that brought great irritation to the players.

“The other thing was that we used to use muthi given by the late Lawrence Ngubane. He used to love muthi. Sometimes he would mix it right, sometimes he would mix it wrong. It would itch so bad. When he mixed it wrong your body would be itching all over. It would be bad. The white players were the ones reminding him, sometimes he would forget. As we did our warm-up, Gavin Lane would ask him, ‘Bra Lawrence, today no muthi’.You’d see him running to the car, ‘mfana wami besengikhohliwe’ (my boy, I had forgotten). That’s when he would mess up the mix and it would be so itchy in our bodies. One day we bathed with the muthi in Jo’burg before flying to Durban. It was a black substance; you couldn’t tell what was in it. It was itchy all the way to Durban as we flew,” he recalls.

Due to the irritation, Motale says he would sometimes seek his own remedies in secret, making sure not to be seen because he knew the importance of the practice to a team hell-bent on success.

“So, what I would do was run and apply baby oil when no one was watching me because if they saw me, it would be DC. They took this thing seriously. Because of passion and a will to win and go somewhere we did everything. We were hungry to win. We’d sacrifice and fight to win,” he says. 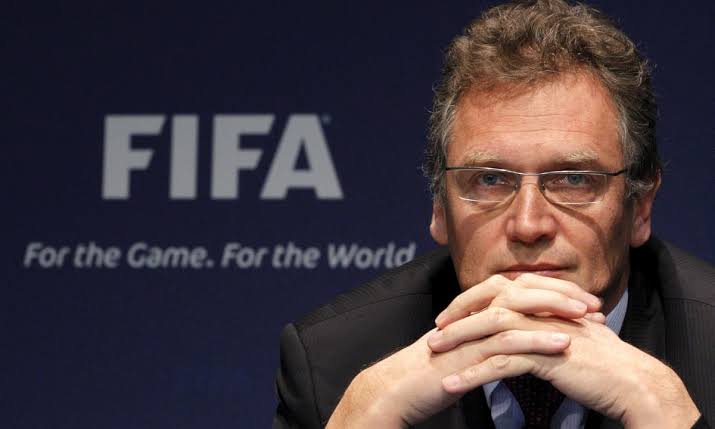 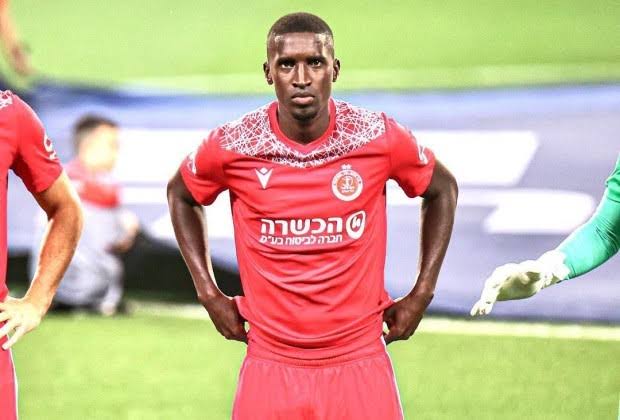 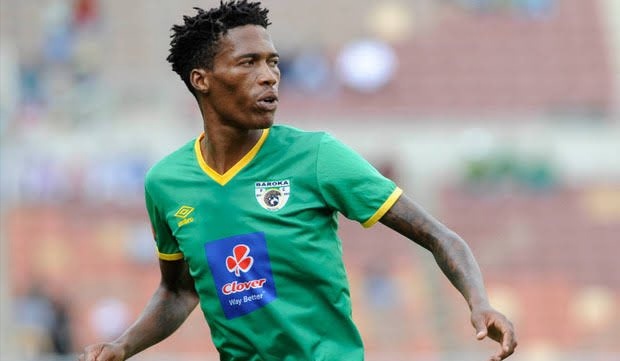 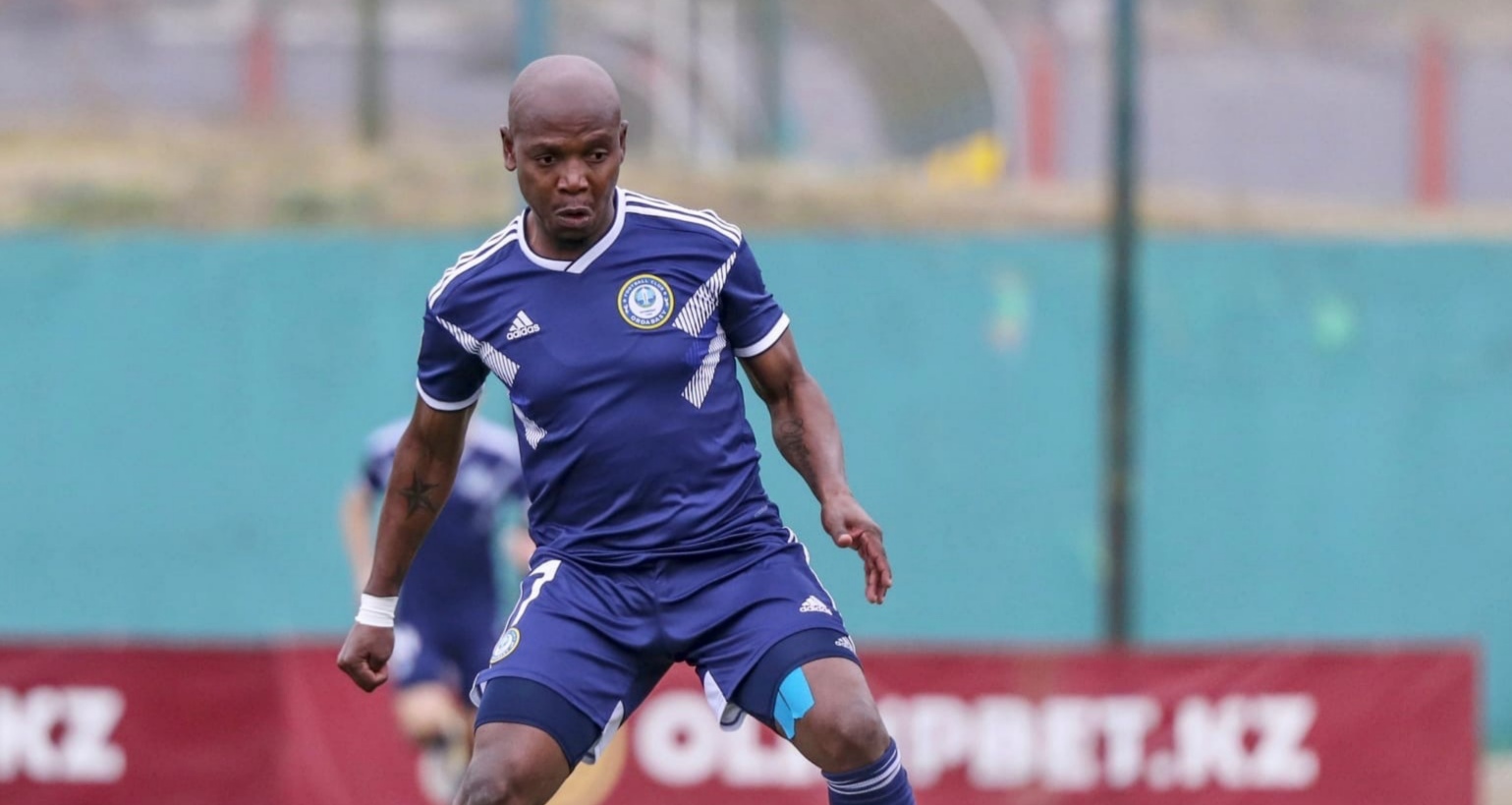 ‘I feel in Europe they respect me’: May Mahlangu