Ever been in a ‘beautiful crossroads’? Offered a few worthwhile opportunities simultaneously, and not so sure which direction to take?

That was 19-year-old Tinashe Washington Nengomasha some 19 years ago. With a fledgling career that started at the now-defunct Harare side Black Aces, he found himself in Zimbabwe’s Under 20 side in the annual Confederation of Southern Africa Football Associations (Cosafa) youth championship in South Africa.

Donning national colours on its own was a fantasy fulfilled because, by his admission, he was a fringe player at Aces with limited game time.

Incredibly, the junior national team call up came after another quantum leap in his budding career. He was on the verge of joining the unstoppable Highlanders FC juggernaut that won four league titles on the trot.

“The previous year, Highlanders had won the championship. Emmett Ndlovu told me they wanted to strengthen their squad and felt I would play a crucial role when they embark on the African safari,” Nengomasha tells FARPost.

Ndlovu was a medic for all national teams, but he served as team manager at the Bulawayo giants, Highlanders. With his contract at Aces running out at the end of that year, he was yet to renew it. The prospect of packing his bags and leaving Harare – where he grew up – to go and play for Bulawayo’s ‘Bossolona’ 450 km away from home was hugely striking. He was especially keen on playing in the CAF Champions League.
The move to Highlanders also seemed all perfect because his former Aces teammate, Tapuwa Kapini, had made his topflight breakthrough at the same club. Dominantly followed by Ndebeles from southwest Zimbabwe, Highlanders’ devoted followers had received Kapini with open arms, and he was flourishing at the club.

“We were looking for those breaks, so I felt it was time to move when Ndlovu approached me. I agreed that they register me as part of their CAF Champions League squad, and I would sign for the club when I return home from the national Under 20 team assignment at the Cosafa Youth Championships,” he recalls.

It all made sense that Nengomasha would fancy Highlanders. The club enjoyed its most successful, prolonged spell during those years, with a sound junior policy. There was also an eclectic mix of stars with the late Richard “Dabuka Express” Choruma, Zambian midfield dynamo Charles ‘The Chief’ Chilufya [also late] and midfield grafter-par-excellence Blessing ‘Gumi-Gumi’ Gumiso to learn from.

“The team was well structured, and I believed I could blossom into a great footballer with them. They were playing great football, and I felt I could fit in well,” he says from his Harare base.

But little did he know he was a few fine performances from catching the eyes of South Africa’s football royalty. The ‘Black Prince of South African Soccer’, Jomo Sono – revered for his sharp eye for talent – was first off the blocks after spotting him playing for the Nelson Matongorere-coached Young Warriors.

“Yes, Jomo wanted me around that time, and he had agreed to come to Zimbabwe to sign me,” he reveals. At 19, he couldn’t just sign a contract and move to a different country without his parents’ involvement.

Whoever was keen on snapping him up had to take that 1 hour, 40-minute flight to Harare to convince his parents that their teenage son would be safe with them in the bright lights of Johannesburg.

Sono would soon learn he wasn’t the only one keen on the youthful Harare boy who would fast forge a name for himself as a precocious midfield talent.

“It was as good as a done deal for ‘Bra J’ until Kaizer Chiefs asked Luke Petros to take the boy to Naturena, together with Kelvin Mushangazhike. He was blown upon his arrival at Naturena. Chiefs elbowed ‘Bra J’ out when he returned by visiting Holiday Inn Milpark (now Garden Court) with a suitcase full of money and a more lucrative deal than the one tabled by Jomo Cosmos,” says a journalist who had travelled with the Young Warriors.

“I didn’t play a role in the move, but I welcomed and accommodated them as people coming from home and in a foreign country,” he says.

Thomas Sweswe, a childhood friend to Nengomasha, knows another factor why the Soweto giants piped Ezinkosi to his signature. He says Bobby Motaung arrived in Harare the following day after Nengomasha returned home from the Cosafa tournament to conclude the deal.

“Chiefs showed more seriousness; they even went to Zimbabwe to meet his parents. His late father told Bobby to take good care of him since he would be in SA far from him [as he lived in Zimbabwe],” says Sweswe, who is also based in Zimbabwe’s capital, Harare.

Ndlovu then reveals that they understood a move to Chiefs would put the boy in good stead. So, they made peace with losing this bright prospect to the Phefeni Glamour Boys.

“He had agreed to join Bosso, it is then that the opportunity to join Kaizer Chiefs came up, and we both agreed that it was in his best interest to go down South for obvious reasons. I had a great passion for giving career guidance to players,” Ndlovu, who is now a pastor, explains.

Without a doubt, the move to Chiefs was precisely what the football gods ordered as he grew into the General that marshalled Amakhosi’s engine room for almost 11 years.

He was a pocket battleship sniffing around the middle of the park in the same fashion that Dutch maestro Edgar Davids patrolled box-to-box like the proverbial pit bull.

“That guy is a true legend at Chiefs who always wanted to win at training as he did in a competitive game. He was focused – everything he did was Khosi upfront. He truly loved that team,” adds Sweswe, who played with Nengomasha at Chiefs and later at Bidvest Wits.

In Amakhosi colours, ‘The Godfather’ became a sensation that combined a trademark combativeness with an elegance in his passing that made him grow into an all-around linkman.

As Chiefs won two successive titles – 2003/04 and 2004/05 – ending a seven-year league title drought, he was very much the catalyst that carried one of the nation’s most famous clubs back to the top of the heap.

Among the trophies ‘The General’ won with Amakhosi are two Premiership titles, two MTN8 Cups, the Nedbank Cup, five Telkom Knockout trophies and three Vodacom Challenges as he made that number eight jersey his own over a decade.

Subsequently, he then took home a host of individual honours. He was named Player of the Season for 2003/4 and earned the respect of his peers as he took home the Players’ Player of the Year honours at the end-of-season awards ceremony in Johannesburg.

‘Father’ then made the plunge into the rigours of the international game with seamless ease. His second Warriors cap came in Sfax in Tunisia as Zimbabwe made their debut in the Nations Cup finals in January. The match against Egypt was the first time Zimbabwe had been on such a big stage. Nengomasha was in the starting line-up despite having played just one international previously, testimony to his talent and the confidence of Sunday Marimo in his ability.

At 29 in 2012, he bid his farewells to the club that gave him stardom in Mzansi.

Undoubtedly, it’s not every day that Chiefs’ supremo Kaizer Motaung, popularly known as Chincha Guluva in his younger days, stands up and takes notice of a soccer star, referring to him as a ‘fighter’ who ‘earned respect’.

Players have come and gone at Chiefs, but very few have had Motaung speak as glaringly of them as he did Nengomasha.

“I would like to take this opportunity on behalf of the Club to thank Tinashe Nengomasha for his contribution to the Club since joining us as a youngster back in 2002. From the first day he came to the Club, he was someone you knew you could trust and never let you down on the pitch.

“He always carried himself as a professional, and his dedication on the pitch was second to none. He was a fighter and earned respect from his teammates and peers in the Premier League and fans alike.

“Parting ways is not always easy, but all good things do come to an end. Change alone always comes with mixed feelings, but we are very confident that Tinashe will succeed wherever he goes to continue with his career. He was a great servant for the club, and we will forever cherish the years he spent with us, and we would like to wish him all the best in his new endeavours,” said Motaung at the end of The General’s stay at Naturena.

He went on to play for Bidvest Wits, Mpumalanga Black Aces and Cape Town All Stars as he wound up his noteworthy career.

Incontestable, though, is the fact that the mention of his name immediately evokes the memories he created in that black and gold jersey. Nengomasha today begins his job as team manager of Zimbabwe’s topflight side Ngezi Platinum! 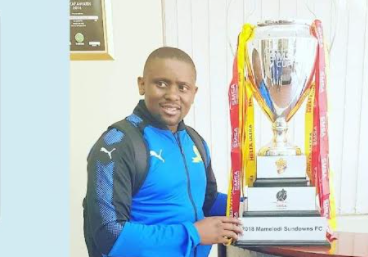 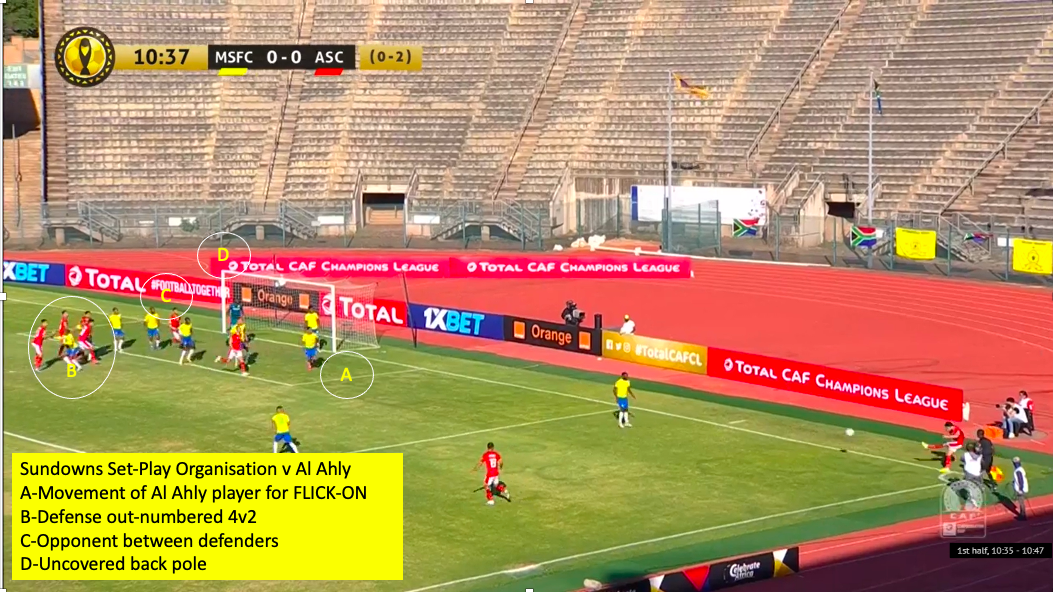 ‘Downs must secure the box against Ahly’ 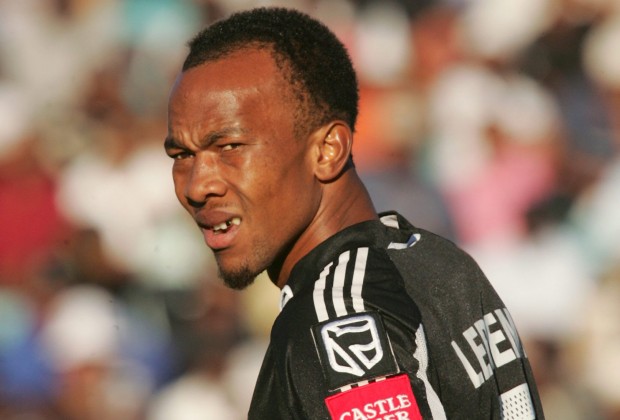 Gift Leremi: The man who dreamt with his eyes open