While the Cape Flats’ gangster leagues were a perfect example of organised chaos, there was no doubting the talent on display. With some of Hannover’s most sought-after stars shining every week, the ‘Bundesliga’s gangster owners knew that there were many gems under their care.

Benni McCarthy continued to stand out in this galaxy of rough and unpolished diamonds. It would not be long before bigger, more organised; professional sides sought his signature.

“We were together from about 15:00 pm till about 17:00 pm,” a childhood friend of McCarthy, Nassir Benjamin, says. “We played in a final against Hellenic, lost the game 6-4, and Benni scored four goals; that’s how Seven Stars saw him. It was in 1996. I was still in school too.”

According to a former hard-boiled gangster, Eddie ‘Bok’ American, who owned Crusaders, a Seven Stars official ‘accidentally’ watched his four-goal blitz. That flurry came in a quarter of an hour, but he lost trace of the promising forward after the game, only to see him on the same Cape Flats grounds where Adams had discovered him.

“An official from Seven Stars had two sons who played on the same pitches as our team. Benni played in an Under 17s cup final, and his sons had played before our game. He watched him score four quick goals, and I suppose he was forced to stay and watch more. A few days later, Jerome [Benni’s brother] and his friends were going to play indoor football with Seven Stars.

“The coach came to pick them up and noticed Benni playing outside where I first saw him. He said he’d been unable to sleep for three days, thinking of how he could trace him.

“He must have been approaching 17 at the time and probably felt he couldn’t continue playing Gangster Leagues,” says Adams.

McCarthy’s move was not a loss but a moment of joy for Adams. He had played a hand in nurturing a star who would soon make waves not only in South Africa but overseas.

“I paid for his clearance when he joined Seven Stars. I think I paid R120. I was happy to see him take his game professional. That’s where everything else all started,” he says.

Soon McCarthy would find himself at Ajax Amsterdam in the Netherlands, a move that took him entirely out of his comfort zone. After spending such a long time in the unregulated environment of the gangster leagues at Ajax, McCarthy was now a fish out of the water, expected to lead a defined and structured way of life on and off the pitch.

In a world where everything was well organised and done on time, it would never be a breeze for a boy from a crime-ridden area where only the strong survived. “In joining Ajax, I came from having no rules to being told exactly what to do,” McCarthy previously told Four-Four-Two.

Having been thrown to the deep end at Ajax, he once again found himself in the deep waters at Celta Vigo in Spain, where one of African football’s most precocious talents, unable to speak a word of Spanish, struggled to find his feet.

“My dream was always to go to England. I could have gone to Tottenham Hotspur, but my agent persuaded me that Spain was the place with the best teams and the best lifestyle. Looking back now, I should have done more research. I didn’t realise how difficult it would be to learn Spanish, and no one spoke English at Celta.

“I had to guess what people said to me or what they wanted. I watched TV with my little book full of words and learned Spanish. My teammates would teach me all the wrong things. They told me the words ‘good guy’ were ‘you motherfucker’. So, for two weeks, I went up to people all over Vigo and called them motherfuckers. The lack of Spanish affected my game because I didn’t know what the manager wanted. I played off instinct, and everyone had a go at me because I did the wrong things, but after eight months, I could speak Spanish,” he said.

McCarthy never cemented himself under Celta manager Victor Fernandez and soon found himself at Porto in Portugal on loan. There he found a young maverick Portuguese coach who believed in him wholeheartedly. That manager was Jose Mourinho.

“Jose was the best coach I played under: the most intelligent and clued-up.”

Interestingly, Benjamin tells of how McCarthy, a lifelong Manchester United fan like many young South African boys, narrated how he received a tongue-lashing from the firebrand Mourinho as he was downcast after netting two past his beloved Red Devils in 2004.

“Benni, all of us supported Man United and always wanted to play for them. We loved players like Mark Hughes, Andy Cole and Ryan Giggs. But when Benni scored twice against them in the Champions League, we watched from the same house with Bok. It was all about Benni. We were happy because we knew it was always his dream to score at Old Trafford. He tells us he got scolded by Jose Mourinho after the game because he was displeased. He said he’d never play in his team again if he didn’t cheer up.”

For Adams, seeing the young lad he picked up in the rough streets of Hannover amidst a gang war was an emotional moment that brought a tear to the once hardened gangster’s eyes.

“When I watched him win the UEFA Champions League [in 2004], I couldn’t hold myself; I cried. It meant everything to me. It was as though I was the one on that pitch,” he says.

He is so convinced that the harsh life at Die Kaapse Vlakte prepared him for anything in life. “We could quickly adapt anywhere else; I guess that’s why Benni played in Europe for such a long time,” he adds.

McCarthy is regarded as African football royalty, and there is no wonder why that is so. If one were to compile a reel of his career highlights, they might take the whole day. There was that record-breaking Afcon appearance in 1998 when he was the joint leading scorer with the legendary Egyptian Hossam Hassan, the memorable Olympics victory over Brazil in 2000, the Champions League campaign with Porto, his free-scoring 2006/07 season with Blackburn and that 2011/12 treble with Orlando Pirates back home in South Africa. However, despite his many achievements, Bafana Bafana’s all-time goal scorer believes that not being selected for the 2010 World Cup on home soil remains a stain on his five-star career.

“I was gutted. It was the first World Cup in my country, the first in Africa, and I wasn’t there. It felt fitting to finish my career in South Africa, where it all started. I thought I played well, entertained people, and was the top scorer. We won trophies. It was a lot of fun. It gives me great satisfaction to have gone from a ghetto gangster to be my nation’s all-time leading scorer. The first South African to score in the World Cup finals and win the Champions League is not a bad story to tell my grandkids. I’m very proud,” he said in a previous interview.

For Adams, the man who believes his life expectancy improved drastically when discovering his prodigy on that little patch in Hannover Park, South Africa, might never see a striker of his calibre again.

“I don’t think we’ve had any striker better than him for Bafana, and I’m glad to have played a part. But I’m more grateful to him because I’d probably be dead by now if it weren’t for him. He saved my life,” the Hannover Park FC coach says.

After two domestic coaching stints with Cape Town City and AmaZulu, the 44-year-old has taken a role at Manchester United. He will have to teach them how to poach for goals as he did during his playing days.

As for Adams, once in a while, he goes to sit in that corner of his. Not waiting to renew hostilities with the Backstreet Kids but hoping to stumble upon “the next Benni”.

But will there be another one like Benedict Saul McCarthy? Only time will tell. 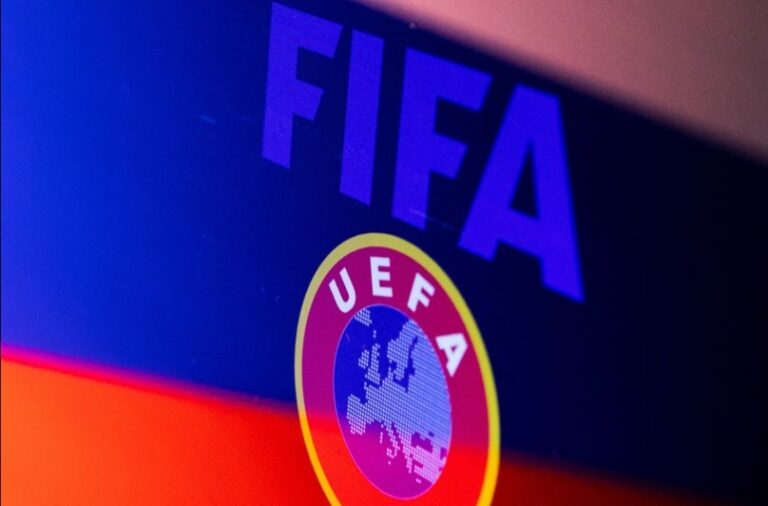 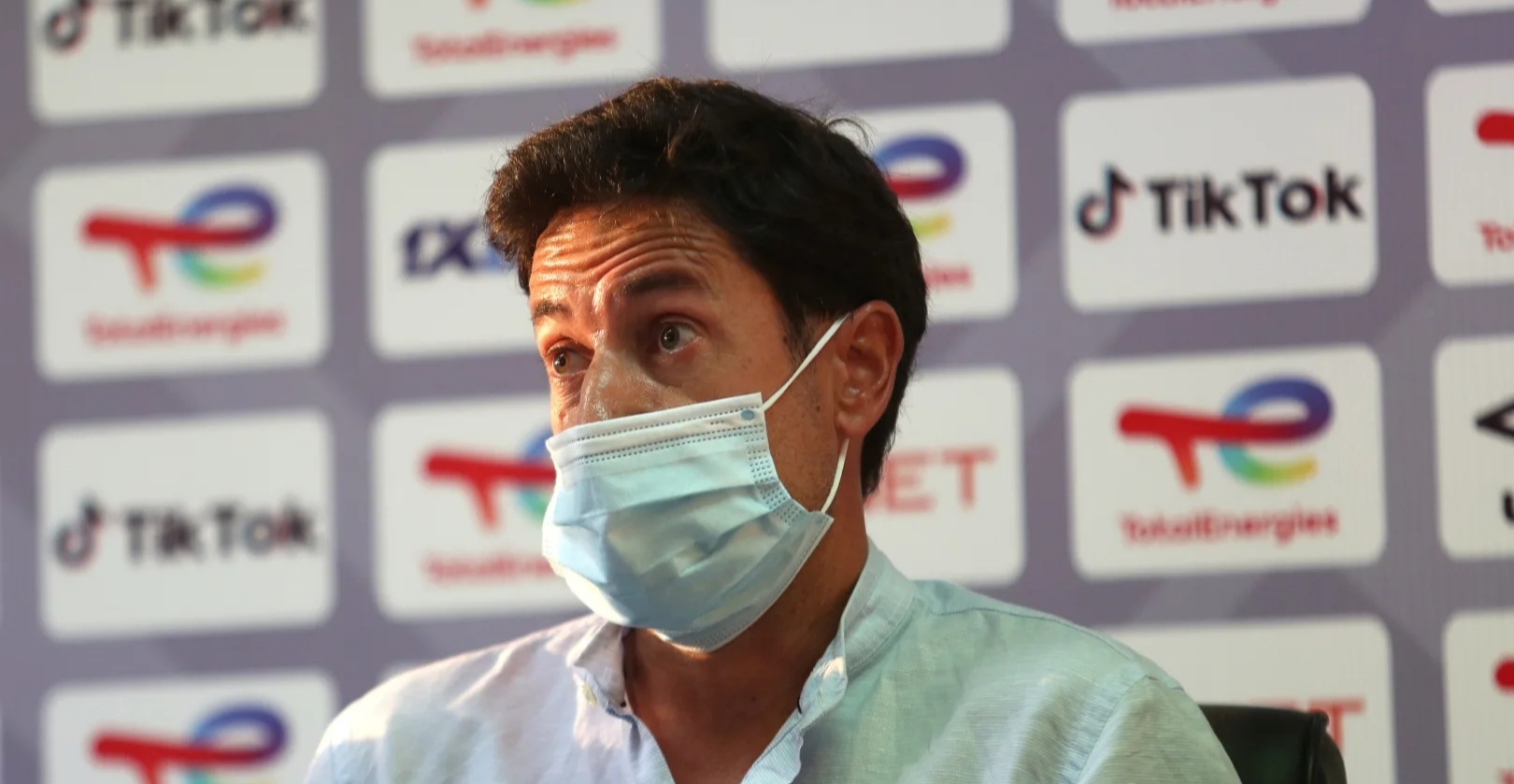 No room for mistakes against Pirates, says Simba coach 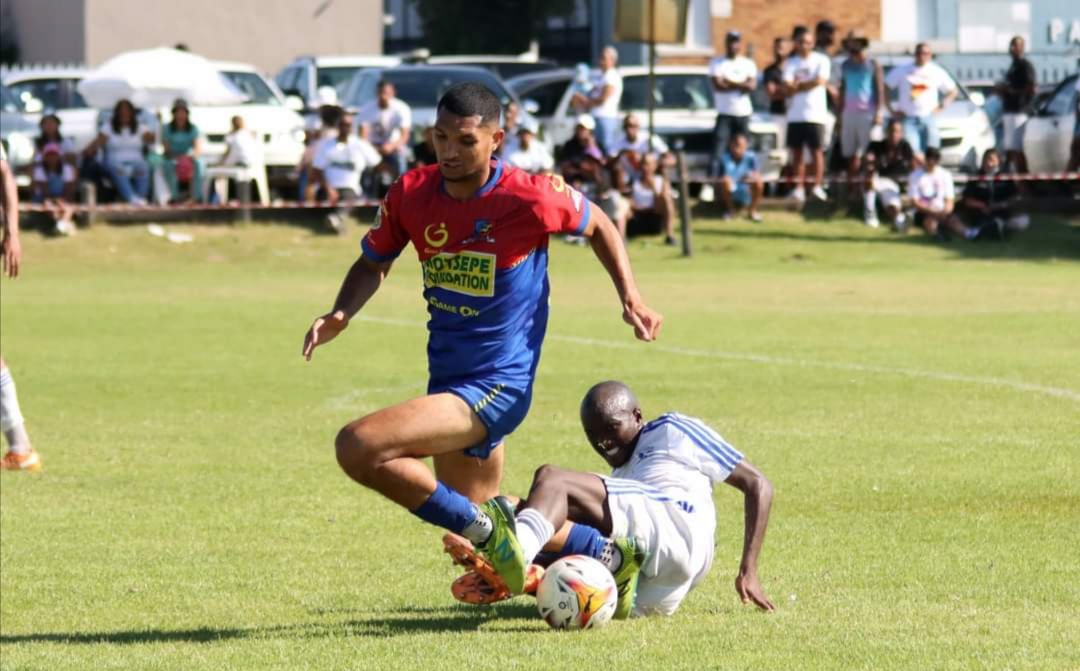 The 23-year-old central midfielder joins the Limpopo side from Nairobi City Stars.

Chiefs legend Collins Mbesuma says it would bring him joy to see his teenage son Lineker follow in his footsteps.