When images of Lucky Lekgwathi’s looted restaurant started making the rounds in July, more than a few South African hearts were broken.

During what was a trying time for the nation, taken amidst the ruins of the former Orlando Pirates captain’s fledging business, brought into sharp focus the loss and despair that had engulfed the country.

It was only less than three months before that looting spree that Lekgwathi had unveiled his Grootman Restaurant to the world, shining the spotlight on that little corner of Kliptown, Soweto.

In a country where stories of former diski stars fallen on hard times are never far from the headlines, ‘Captain my Captain’s business adventures had been a much-needed breath of fresh air.

At a time when businesses are closing doors, as Covid-19 also took a financial toll, it was encouraging to see a former player that retired only seven years ago lay the building blocks on what would hopefully become a business empire.

However, just a mere three months later, Grootman now resembled a wasteland, brought to its knees by marauding looters, some of whom Lekgwathi said he had identified as his friends.

Amidst all that gloom came shining light. Soon, people were pledging to help Grootman get back on its feet, and amongst those putting their hand up was a man that Lekgwathi faced many times in the heat of battle, former Kaizer Chiefs hardman Willard Katsande.

“After the looting, there was an initiative for South Africans to help me rebuild Grootman. I had to create a bank account where people could contribute money. The legend [Katsande] is one of the people who donated money. He then heard the news that we wanted to rebuild Grootman, and he offered to come and help. I’m so impressed; he’s done a good job,” Lekgwati tells FARPost.

For Katsande, that was the ideal moment to exhibit ubuntu and show the former Bucs captain the sort of kindness he had never shown him when they were on the football field.

“Lucky’s story touched us, and we felt to chip in and help a fellow brother. We offered our services, which is the little we have,” Katsande tells FARPost.

Besides that touching show of brotherly compassion and teamwork, for most people, it was the first time that they were introduced to Katsande and Partners, the former Chiefs midfield grafter’s construction company. Only a few months after he left Chiefs, and the endless publicity that the Phefeni Glamour Boys brings, the spotlight was once again on him. What was Katsande and Partners, and why would an active footballer, one who played so long for one of the country’s most well-paying sides, be so invested in a construction company of all things?

To answer some of these questions, one must go back to Katsande’s childhood.

“I started the company in 2017; we’re into renovations, kitchen fitting, tiling, geysers. We are into construction. I know how I grew up; I don’t want my kids in that situation. I want them to go as far as varsity; I couldn’t go because there was no money at home,” explains the father of five.

Following his dad’s death when he was only nine, mom had to turn vegetable vendor to fend for her seven children.

Luckily for Katsande, the only boy in the family, football offered an escape route. But at the back of his mind, he always knew football could end abruptly due to injury.

He looks back on how he also had to help a widowed mother fend for her children on the unforgiving streets of Mutoko, a town that lies 143km from Zimbabwe’s capital Harare.

“Mom usually woke up at 5 am, she didn’t have shoes, and she would go to the market to buy vegetables to resell. I did help when I was younger,” he says.

Katsande’s sister, Chiwoniso, reveals how, even as the family eked out a living on the streets, the man who would later become the country’s national team captain would sometimes disappear, unable even those desperate times to resist the magnetic pull of the football field.

“We were destitute; we used to sell at the market, and Willard would leave mom’s vegetables and go and play football,” she tells FARPost.

All that hardship and struggle fostered within a young Katsande a level of responsibility that the average footballer simple does not have.

“When dad died, we thought it was the end, but when Willard started playing football, he bought mom a house and cared for her until she passed on. When she was ill, he brought her to South Africa to try and get her the best medical care. He is our father,” adds Katsande’s elder sister.

Chiwoniso’s son, Kelvin, is now in business with Katsande and corroborates his mother’s version of his uncle’s role in their lives.

“Since I was a child, he’s taken care of me as his son. He’s done everything for me – paid my fees, bought me clothes. He’s raised me,” says Kelvin, who works at Katsande and Partners.

When people picture football players, particularly those who spend most of their careers with the big clubs, they see carefree spenders living a glamorous and flashy life. However, with his mountain of responsibilities, ‘Boss ya Mboka’ says such a life has never been an option for him.

“I’ve had to cut off many things in my life to build my legacy, my company. You won’t see me hanging around in the mall because I need to invest my time into my business.

Like many things in his life, Katsande and Partners was born out of necessity. After making a career as a bruising, no-nonsense tough-tackling midfielder, Amakhosi’s former destroyer-in-chief knows he will soon have to hang up his boots. After a childhood spent in poverty, he never wants to slide back into that abyss. Through trial and error, a construction company eventually took shape.

“We started small in 2017 and wanted to grow. We initially tried to get into the trucking business, but it didn’t work out, so we registered a construction company,” Kelvin says.

Unlike Lekgwathi, Katsande is still an active footballer. Many who struggle to master the juggling act of balancing all the demands of life without the hassle of being a professional footballer may wonder if the midfield hardman also has the same 24 hours as they do.

“When I’m busy with football, I have a good team that runs the business in my absence. I get regular updates, and my clients are satisfied,” says the 35-year-old who works closely with his wife, Bonga.

Despite his status as a bona fide football star, the Ba Bina Noko defensive linkman has not been afraid to get his hands dirty. He can be seen brush in hand in some pictures as he applies a lick of paint to a client’s wall. The midfielder-cum-entrepreneur says he likes to roll up his sleeves and give his clients a personal touch despite his busy schedule.

According to Kelvin, that personal touch has been the hallmark of Katsande and Partners.

“Many clients are pretty happy to have him around, they enjoy it a lot, and the beauty is that he also loves and respects people,” says Kelvin of his uncle.

As they continue to work together, Lekgwathi and Katsande seem to be strengthening the unlikeliest of bonds, one that fans could not have foreseen when the two used to scrap whenever Soweto giants Chiefs and Pirates clashed. The battles and scars of the past are long forgotten for the two men as they look to the future away from the football field.

“People look at us on the field playing the derby, and they think we’re enemies,” Lekgwathi says. “We live together; we get along very well off the field. When we’re on the field, it’s business, we fight, and it ends there.”

“Lucky Lekgwathi and I always talk about our derby experiences; we talk about how he used to be. We created memories from those derbies, and we laughed about it all the time, but there was mutual respect,” the ex-Warriors skipper says.

Beyond construction, Katsande has always started laying the building blocks for a fashion empire. After creating a stir with his fashion sense at the onset of the Covid-19 inspired lockdowns last year, he is determined to turn the ‘Boss Ya Mboka’ social media hype into a profitable business.

“I’m also into fashion. We have a clothing line. I love fashion. My dad loved fashion, and I can see it in his pictures. During lockdown, people started asking me to launch a clothing line, and we’ve done it,” adds the former Ajax Cape Town star.

Katsande, who made over 325 appearances for Amakhosi – the record by any foreigner at the Soweto giants – appears to be ready for life after football as his business grows.

Unlike other professional footballers looking to the dugout as the clock ticks on their careers, Katsande only envisions a future where he is his boss, far away from the pressure and uncertainty of the professional game. 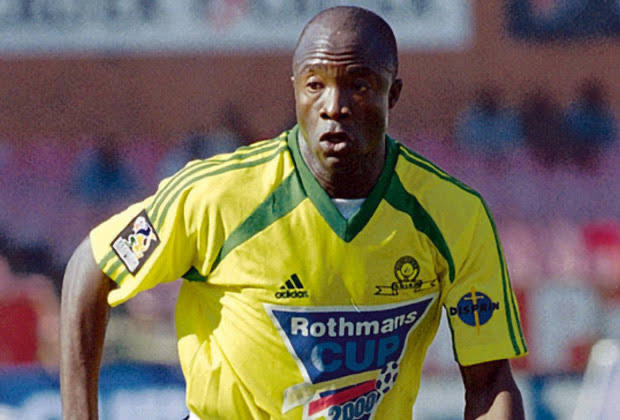 Roger Feutmba: The General who commanded with his left foot 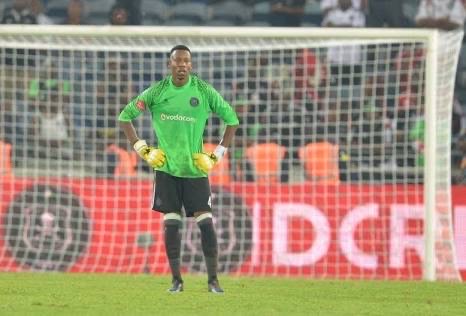 Why Happy Jele was the heart and soul of Orlando Pirates 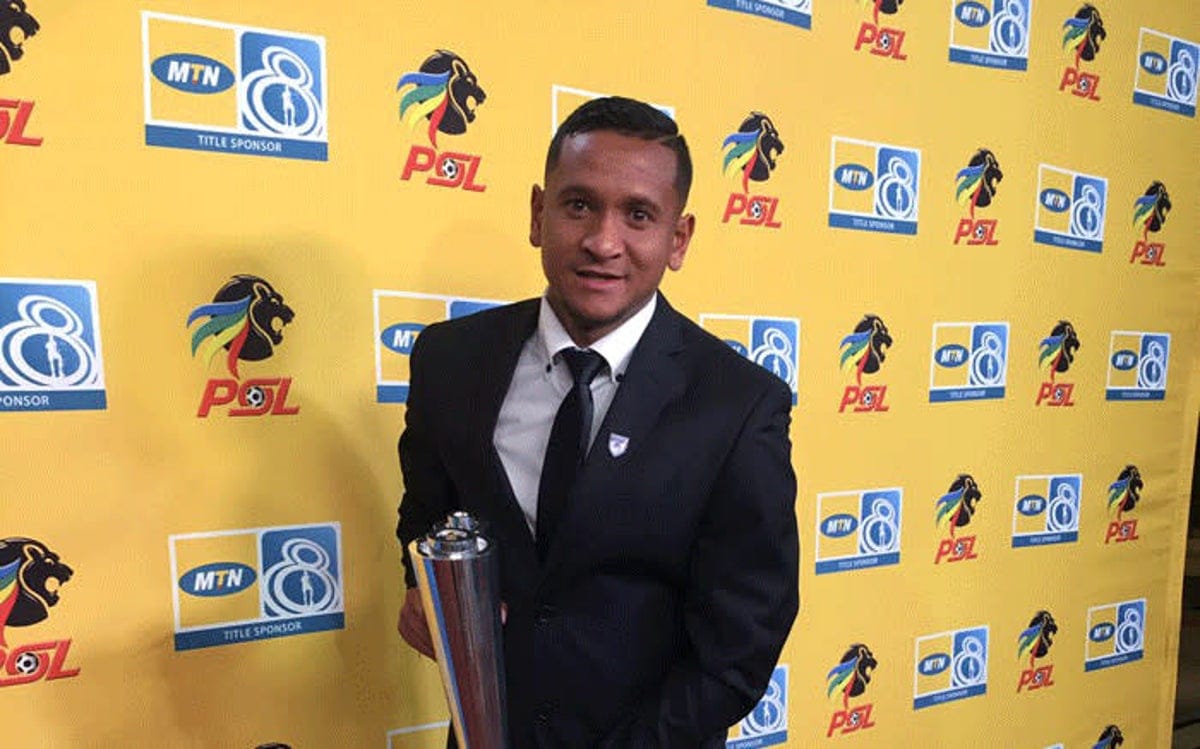 “I won't promise gold and diamonds, but I will work hard, making sure that I leave a mark just like my predecessors (Mbesuma, Musona) did," Bimenyimana told FARPost.